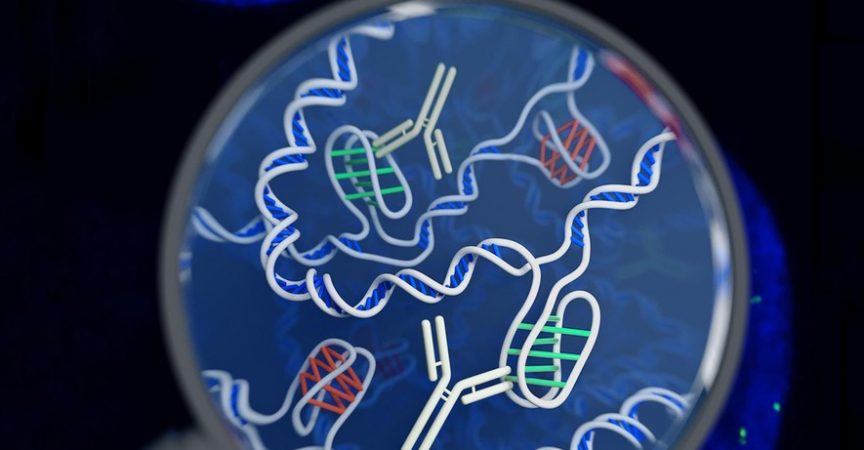 Back in high school, most of you might be familiar with the double helix. For those who are not familiar with the double helix or have forgotten about it, according to Gene Ed, “Double helix is the description of the structure of a DNA molecule. A DNA molecule consists of two strands that wind around each other like a twisted ladder. Each strand has a backbone made of alternating groups of sugar (deoxyribose) and phosphate groups.”

Since research and studies are neverending, it’s not a surprise that scientist will be able to discover new information about the human body. For example, the five diabetes cluster. Just in time with National DNA Day, new DNA shape has been discovered. Apart from the double helix, there is another DNA that people need to know, which is called “i-motif” or the intercalated motif.

Due to the reason that you’re a human and you must know something about your health, below are the info you need to know about the i-motif.

If you are asking what does i-motif looks like, it is similar to a twisted knot. As described by the co-leader of the study, Professor Marcel Dinger, “In the knot structure, C [cytosine] letters on the same strand of DNA bind to each other – so this is very different from a double helix, where ‘letters’ on opposite strands recognise each other, and where Cs bind to Gs [guanines].”

Sometimes you can see it; sometimes you don’t. This kind of situation is the things that excite the researchers. The green spots that are seen in i-motif are forming, dissolving, and form then dissolve again.

According to Dr. Mahdi Zeraati, which is the first author of the study, “we think the coming and going of the i-motifs is a clue to what they do. It seems likely that they are there to help switch genes on or off, and to affect whether a gene is actively read or not.”

Due to the reason that i-motifs appear in telomeres, there is a possibility that it can play a crucial role in the aging process. For those who are not familiar with Telomeres, Telomerase Activation Sciences defined it as the essential part of human cells that can affect how the human cells age. It is similar to the plastic tips at the end of shoelaces. It serves as the caps at the end of each DNA which protects the chromosomes.

As stated by Dr. Mahdi Zeraati, “We think the coming and going of the i-motifs is a clue to what they do.” Dr. Zeraati even added, “It seems likely that they are there to help switch genes on or off, and to affect whether a gene is actively read or not.”

Want to know news about your body? Check Wellness Fit for more updates.