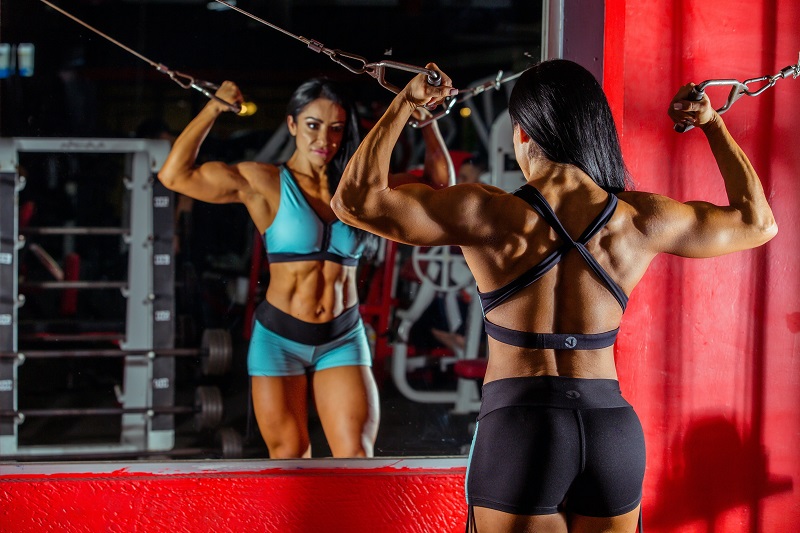 In the world of bodybuilding, peptides are a hot topic. You may have heard about them or know someone who takes peptides to help with their muscle growth. But what are peptides like cjc 1295, and why are they so popular in the bodybuilding community? In this article, we will discuss everything you need to know about peptides and their connection to bodybuilding. Stay tuned!

If you’re unfamiliar with peptides, they are simply chains of amino acids. Amino acids are the building blocks of proteins, and peptides are a shorter chain of amino acids. Peptides are naturally found in our bodies and are involved in many processes such as cell signaling, immune response, and metabolism.

Think about peptides as the foundation of your muscles. When you work out and put stress on your muscles, peptides are released to help repair the damage. Peptides help to promote muscle growth by increasing protein synthesis. In other words, peptides help you build muscle!

So, why are peptides so popular in bodybuilding?

What are peptides in bodybuilding

Peptides are popular in bodybuilding because they can offer many muscle growth benefits. When used correctly, peptides can help you build your desired muscle mass. However, peptides are not without their risks. Peptides should only be used under the supervision of a doctor or licensed medical professional.

What are the benefits of peptides?

Peptides aren’t only used for bodybuilding purposes. Peptides have many other potential benefits, such as:

The peptide CJC-1295 can help with weight loss by increasing metabolism and reducing appetite. However, more research is needed to confirm these effects.

Some peptides, such as TB-500, can help to promote healing and reduce inflammation. These peptides have anti-aging effects and can help improve your skin’s appearance.

Peptides like Semax and Noopept have cognitive-enhancing effects and can help improve memory and focus.

When it comes to healing, peptides can help to speed up the process. Peptides like TB-500 and BPC-157 can help to promote healing by reducing inflammation and stimulating cell growth.

How are peptides taken?

While peptides offer many benefits, they are not without their risks. Peptides are a powerful tool and should only be used under the supervision of a doctor or licensed medical professional. In fact, peptides are so powerful that they’re banned by many professional sports organizations. Peptides can cause side effects such as:

Remember that the best way to avoid side effects is only to use peptides under the supervision of a doctor or licensed medical professional.

Many people think that peptides are steroids. However, this is not the case. Peptides and steroids are two different things. Steroids are a type of drug that can be taken orally or injected. They’re designed to mimic the effects of the male hormone testosterone.

Steroids can cause serious side effects such as liver damage, high blood pressure, and testicular shrinkage. Peptides, on the other hand, are much safer and don’t come with the same risks because peptides are found naturally in our bodies.

What are peptides used for?

Peptides are already being used in medical treatments. For example, peptide drugs like Geref and Increlex treat growth hormone deficiency. Peptides offer many potential benefits, which is why peptides are being studied for even more potential uses.

In Australia, peptides are considered a schedule four drug. This means that a doctor can prescribe peptides for medical use. Peptides are also legal to buy and sell for research purposes in Australia.

If you’re thinking about using peptides, it’s important to check the regulations in your country to ensure that you’re following the law.

With all the potential benefits that peptides offer, it’s no wonder that many people are interested in peptides. Peptides have been shown to be effective in research and medical settings, but peptides have not been extensively studied in healthy people. This means we don’t know if peptides work the same in healthy people as in sick people.

There is some evidence to suggest that peptides can offer benefits to healthy people. For example, one study found that a peptide called CJC-1295 increased growth hormone and igf 1 lr3 levels in healthy men.

Another study found that a peptide called ipamorelin improved exercise performance in healthy men. However, more research is needed to understand how peptides work in healthy people and if peptides are safe for healthy people to use.

If you’re thinking about using peptides, it’s important to check the regulations in your country to ensure that you’re following the law. You should also talk to a doctor to be certain peptides are safe for you to use.