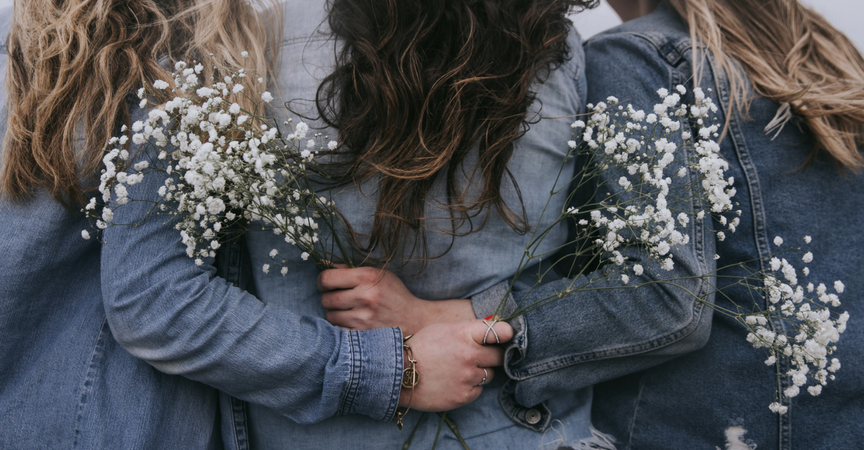 “Forgiving is the easy part. Forgetting is difficult. But for the most part, both are impossible to do.”

When people get into tiffs with close friends, and they come running to you venting and asking for advice, it’s really easy to spout the usual spiel about forgiving and forgetting the transgression and moving on.

But is it really that simple?

There are some who would tell you, yes, but the rest of the general population would tell you otherwise. After all, who could never attest to feeling contempt for someone who did you wrong?

Each one of us, at some point in our lives, have had arguments with our friends that boiled over and progressed to shouting matches and ended in cold wars. We’ve had experiences, tumultuous fights that left our own friendships in an irreparable state.

And when you’re the outsider in situations like this, sometimes it seems easy to tell the quarreling parties to forgive and forget. Pardon the offender for his transgressions and ask the offended to nurse the wounds and forget the fact that the whole thing ever happened.

But the cold hard facts remain. There was a misunderstanding. Scathing words were exchanged. The quarreling parties aren’t appeased. Somebody gets hurt. A grudge starts to grow.

The sad part is that it reaches a point where camaraderies are forgotten. Life’s greatest and most memorable moments are vanquished and pushed to the very back of our minds as if they never happened to begin with.

It drives a wedge between two people who would’ve, otherwise, been the best of friends…

So why does this happen?

Why does our brain have the innate tendency to dwell on the wrongdoing of others?

The Science Behind the Negativity

The science behind the difficulty of forgiving and forgetting all boils down to human nature.

It’s the scientific phenomenon known as The Negativity Bias determined by John Cacioppo, Ph.D., then at Ohio State University, now at the University of Chicago.

In a blog written by Hara Estroff Marano on Psychology Today, he gives us an illustration of Cacioppo’s demonstration on the psychological phenomenon that is the negativity bias.

“He showed people pictures known to arouse positive feelings (say, a Ferrari, or a pizza), those certain to stir up negative feelings (a mutilated face or dead cat) and those known to produce neutral feelings (a plate, a hairdryer). Meanwhile, he recorded electrical activity in the brain’s cerebral cortex that reflects the magnitude of information processing taking place.

The brain, Cacioppo demonstrated, reacts more strongly to stimuli it deems negative. There is a greater surge in electrical activity. Thus, our attitudes are more heavily influenced by downbeat news than good news.”

Basically, it is the phenomena by which humans give more psychological weight to bad experiences than the good ones. In fact, there are some researchers who assert that negative emotions can impact our brain three times stronger than positive emotions can.

So, in all technicality, we are apparently hard-wired to place negative experiences on a mental pedestal.

But does it really have to be that way?

How do you overcome it?

After all, in situations like fall-outs with close friends, we can’t entirely point a finger at human nature and claim that it is the one solely responsible for all of our despicable behaviors.

At this rate, Human Nature might very well be questioning mankind why we keep blaming it for everything when clearly making sound decisions and practical choices are also parts of human nature.

So if putting weight on bad experiences is part of human nature, and making practical choices and sound decisions are also parts of human nature, then shouldn’t there be a way to work against it?

Yes, there is, of course…

Take a moment to pause, and watch situations from a different perspective; particularly, an outsider’s or the people in question. You don’t have to, but if you really want to understand, try and take their motives into account. Try to make sense of why they do what they do.

Each individual has his own motive for doing things. Everybody has a reason for reacting the way that they did in certain situations.

While this world is riddled with ulterior motives, and negative thoughts, never forget that noble and righteous intentions still exist out there.

Some actions can never truly be justifiable, but they do warrant a second glance. And most of the time, especially in arguments, they require a greater dose of understanding than the norm.

As any self-help article would have it out there, always be conscious of what your brain is trying to retain.

By default, it gives more weight to the bad memories, but when you actually push the negative stuff out and summon the wonderful memories and things to the surface, situations might actually go well.

Perhaps, you’ll remember all the times you sought comfort and understanding in your friend’s arms. She listened to you vent then and reassured you again of everything you knew to be true.

And towards the end of a long reflection, you’ll find that your moment of fighting is actually nothing compared to the friendship and camaraderie the two of you have found together.

See the good in others, and see it in yourself too

For this final point, I want to share with you something Rick Hanson Ph. D. wrote in his blog about seeing the good in other people.

“Recognize that the good you see in others is also in you. You couldn’t see that good if you did not have an inkling of what it was. You, too, have positive intentions, real abilities, and virtues of mind and heart. Those qualities are a fact, as much a fact as the chair you’re sitting on.

Does fighting against the negativity bias always work?

Fighting something innate will never be a hundred percent successful. Steps all over the internet that tell us how to overcome such a phenomenon aren’t always foolproof. They are merely guides.

Because for the most part, overcoming the negativity bias is entirely up to us. Rising above it is dependent on our own individualities. And it doesn’t make forgiving and forgetting any easier either.

There is a reason why many great teachers in history, religious principles, and Biblical teachings advise the importance of forgiveness.

Besides the obvious spiritual fulfillment it brings according to every religion in existence, it really does set you free. It serves as the pathway that will lead you out of a road riddled with anger, grudges, depression, and every other kind of negative emotion that is just horrible for the human psyche.

Forgiving and forgetting will never be easy. But is it as impossible as some would prefer to think?

No, it’s not impossible. The choice is entirely up to you. Rising above all the anger and sadness and frustration depends on you.

For more motivational reading material that can help you feel better about life, browse Wellnessfit.org and check out our other articles.