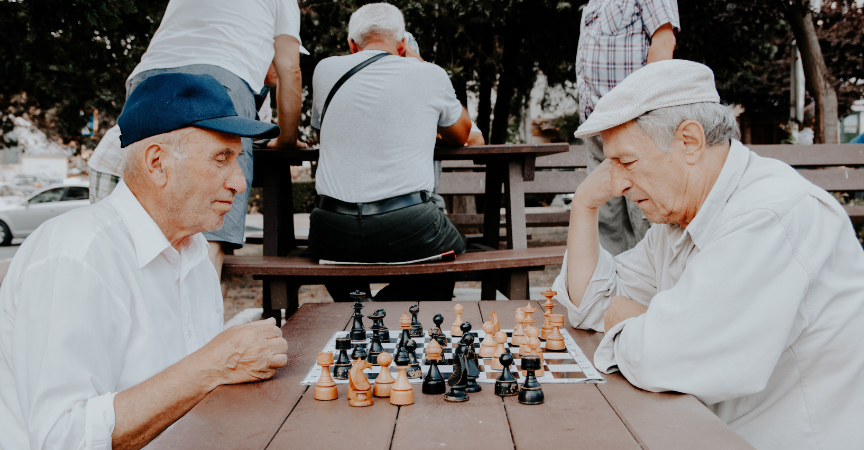 “The brain is the most powerful organ humans possess. Although we all have a hugely powerful potential offered by our brain, we spend very little practicing our thinking skills.”

Time and time again, research has shown that humans use nearly 100% of their brains on an average day. This doesn’t come as much of a surprise.

With every daily task we exercise and do, the rest of our body relies on our brain to function properly. Our brains are our bodies’ control rooms.

So is it appropriate to neglect your brain’s needs?

Of course not. Much like every part of our body, our brains require our attention and special care. And in a similar manner in which we pump iron and exert effort during cardio to improve our overall fitness, our brains require special exercises that will improve its continued growth and development.

Scientific research has proven that our brains’ storage capacities are virtually limitless. It’s believed to be able to retain up to 2.5 petabytes or a million gigabytes of information. Let that sink in for a moment.

Many people associate memory loss with aging.  However, the memory loss we see the older we get is generally because we tend to exercise our brains less as we grow older.

So, in honor of celebrating World Alzheimer’s Month this September, we figured it’s time to put our brains to work. Now is good a time as any to get your brain started on some much-needed exercise.

Let’s begin this list with the most common form of mental exercise everyone seems to enjoy at some point. In addition to crossword puzzles improving the player’s vocabulary, they are also known for boosting your memory.

How? Crosswords enhance your cognitive and analytical skills. The cryptic premise of the game drives its players to focus and concentrate on finding the right answers based on the given clues.

The harder you think about something, the more you will remember it accurately.

From vocabulary exercises to numerical ones. This number game has been a staple in newspapers along with crossword puzzles, and it remains so for good reasons.

Sudoku requires its players to employ strategically and solve number problems creatively. In addition to problem-solving, the game compels you to think quickly and make sound decisions within a designated time frame (if you’re playing with a timer).

Memory and logic work side-by-side as you memorize number placements, and logically figure out the next one that should be in the blank.

Anybody who says Chess isn’t a form of brain exercise doesn’t know any better.

As one of the most intellectually challenging board games around, players get the chance to exercise both logic and creativity. Winning in a chess match — especially against skilled players — require more surface thinking. It’s a game of strategy and tactics.

The game jogs your short and long-term memories as well. Well-used stratagems can be revisited time and time again and revised accordingly to suit the current playing field.

This online site brands itself as the world’s best and first mental gymnasium.

The site operates on subscriptions, but that aside, it’s a website full of games, puzzles, and other challenges designed to improve your brain. In addition, My Brain Trainer recommends a basic training program to get you started and to improve your mental speed. Ten minutes of brain training twice a day leads to better results.

Happy Neuron is another website which is great for doing brain exercises. Much like My Brain Trainer, the site runs on subscriptions as well. But it is a website filled with games and activities designated for five critical brain areas: memory, attention, language, executive functions and visual/spatial.

Complex mental activity can help protect the brain by building cognitive and brain reserves, and for this reason, the site’s games and brain activities are back by scientific research.

Unlike the first two, Braingle is a free site that boasts a large collection of puzzles, teasers, and activities dedicated to stimulating your brain and coaxing it into activity.

The website provides more than 10,000 puzzles, games, and brain teasers. In addition, an online community of enthusiasts is also present for social interaction and building relationships.

It’s not for everybody, no doubt, but yes, you read right.

Others may see video games as a pointless way of whiling away the hours, and while that fact is true for some games, it doesn’t immediately put every digital recreation in the nonsense bin.

Video games, particularly role-playing action-adventure games, improve eye-hand coordination, reaction time, as well as logical and critical analysis. More often than not, video games require the player to multitask and think on their feet lest they suffer the consequence of a game over.

Our suggested brain exercises are but a few of the many mental workouts you should try out for a mental workout that would keep you healthy.

But the fact of the matter is that our brains age with us. Nevertheless, this shouldn’t entail a sorrowful ending for anybody. See that as a never-ending opportunity to seek more knowledge and keep your brain healthy. With a powerful organ such as your brain, it would be a shame to let it waste away.

The human brain is a force to be reckoned with. And with these mass of cells working 24/7 for the rest of our lives, we tend to forget that they require tender-loving-care as well.

“The root of all health is in the brain. The trunk of it is in the emotion. The branches and leaves are the body. The flower of health blooms when all parts work together”

A treasure trove of information awaits your eagerness to learn. Browse through Wellnessfit for more beneficial health-related articles.

Hey there! Jess Torres here! Your fun-loving health & wellness advocate from San Diego and the owner of wellnessfit.org!
By Jess Torres