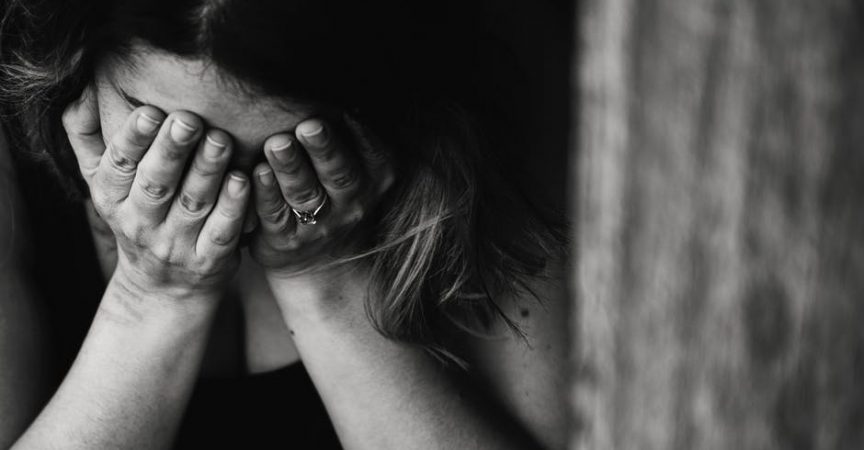 There are two kinds of anxiety that a person can experience. One is the everyday anxiety that is normally a part of life. It occurs during a major event that happened in your life such as worrying about paying the bills, landing a job, taking a test and may be experiencing a traumatic event.

Physical symptoms of anxiety include rapid heartbeat, trembling and sweating, nausea and dizziness, chest pains and headaches as well as weakness in the limbs and muscle tension.

The second kind of anxiety is the anxiety disorder. It is when you feel constant worrying about something vague, you feel like you wanted to avoid anything and everything just to feel better. It can also be you having sudden panic attacks out of the blue and irrational fear of something that poses little to no threat.

There are 7 common types of anxiety disorder that affect millions of people and they are:

This type of anxiety is the most common and the most widespread anxiety found affecting to almost 6.8 million adults. Women are more prone to suffer from this type of anxiety disorder twice as much as men.
It is characterized by uncontrollable and excessive worry over events, activities and potential negative outcomes. Sufferers often feel:

Panic Disorder affects about 6 million adults where it affects women twice as much as men. About 2-3% of American experiences this kind of disorder in a year. This disorder is sometimes accompanied by GAD and depression.

Panic Disorder is when you feel spontaneous, out-of-the-blue panic attacks. It can be triggered by anxiety, stress or by simply nothing at all. A person having a panic disorder can feel:

Social Anxiety Disorder affects around 15 million adults and is equally distributed among men and women that typically start in their teen years. It is the second most common anxiety disorder.
Social Anxiety Disorder is the excessive fear of being humiliated, embarrassed and being judged by other people. People having this disorder usually experiences:

Specific Phobia affects about 19 million adults where women are twice as likely to be affected compared to men. It typically begins during childhood year with the average age of 7 years old.

Sufferers of specific phobias feel strong irrational fear towards a certain place, situation, or object even though there’s no threat or danger that will befall them. However, they cannot control the overpowering fear that they feel along with:

Obsessive Compulsive Disorder affects at least 2.2 million people and is equally distributed between men and women. It mostly occurs at an average of 19 years old with 25% having suffered the condition at the age of 14.

It can be different from person to person and not everyone can have the same symptoms. Many people experience having a combination of a variety of OCD symptoms such as:

Post-Traumatic Stress Disorder affects around 7.7 million adults with women more affected than men. Rape is one of the most common triggers for the disorder along with childhood sexual abuse having victims of 65% men and 45.9% women developing PTSD.

This disorder affects people’s psychological and physical well-being. PTSD sufferers either experienced a traumatic event, witnessed it or discovering someone close dealing with it. They also undergo symptoms such as:

Agoraphobia affects about 3.2 million adults which can be associated with the fear of being in places where escape is difficult or that help may not be available if a panic attack or panic-like symptoms happen.
This disorder is also the fear of going out in public. These people more often than not stay in their homes and avoid doing anything that will make them leave. Sufferers also go through:

Do’s And Don’ts When Helping Them

Anxiety just like depression isn’t meant to be taken lightly and can be forced out from a person. Even that person cannot understand and control their own disorder, how much more you?

You never know that they are also doing their best despite undergoing such disorder and when you initiate talks like, “shake it off” and “it’s all in your head”, you might make it worse. These kinds of talks may have a chance to make the person feel inferior and weird making them retract from the world even more. What these people need are understanding, time and patience.

Despite the many kinds of anxieties, there are common and universal ways on how to help someone overcome it. Here are a few of what you can and can’t do when you want to help out someone who is having an anxiety disorder:

Do learn about the disorder

Equip yourself with the knowledge about what kind and type of anxiety disorder that the person has. It might help you a bit more on understanding how they are going through. This will help you prepare yourself for the journey you will have to take to help them through such tough times.

Despite your will and determination to help the person suffering from anxiety, you have to admit that you don’t have enough tools and knowledge to cure it. Encourage them to seek treatment such as going to the therapist and support them as they progress.

Do let them talk about it on their own

Avoid forcing them to tell you what they feel or how they are dealing with their anxiety so far. Asking such questions might trigger them to set their minds back to it again making them go through panic attacks and episodes. Let them open up about it on their own.

Although it is what they do to avoid experiencing anxiety, further tolerating their avoidance behavior won’t cure them. It can actually make their anxiety worse and severe each time they avoid confronting it. Encourage them and support them to slowly but surely take a step in confronting those.

You are there to help them, not make them worse. Just because you don’t feel anxiety and/or depression means that it doesn’t exist. Be supportive and avoid judging them because of their fears no matter how irrational or ridiculous they may seem.

The road to helping someone with anxiety is a long and rough one. However, don’t let that discourage you from helping them out. There will be times that they will get on nerves and step on toes but patience is a virtue and understanding is needed in order to help them make it through soon enough.