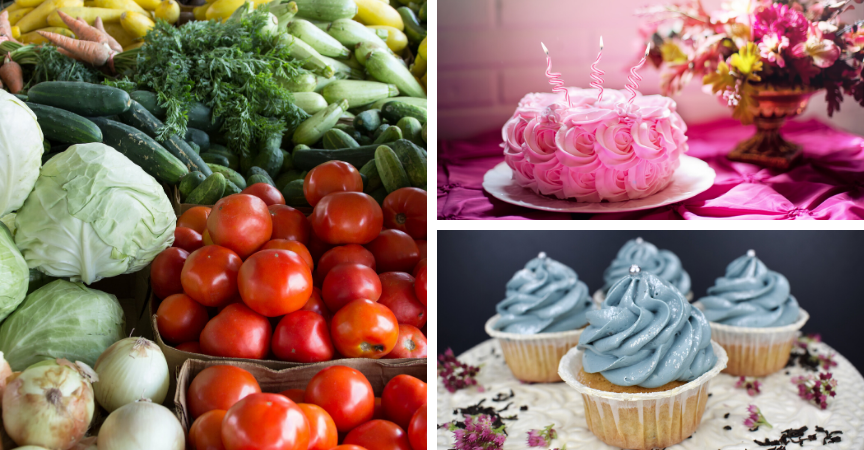 Lots of us enjoy having desserts after main courses. Whether that’s ice cream, cake, cookies, or some candy or other. Yes, we love these treats, but we all know they’re not healthy. As is the case with any kind of food today, there’s a healthier option. But the real question is: Do vegan desserts have less calories than the desserts we’re used to?

Normal desserts are popular for having refined sugar, butter, and other kinds of dairy products. Raw vegan dessert enthusiasts offer somewhat healthier options while still retaining the taste we all love and adore.

Raw vegan desserts are what their name suggests: sweets that have no animal products in them. They’re free of processed ingredients. Instead, they contain whole-food alternatives like honey, nuts, fruit, and even maple syrup.

And now that that’s out of the way, let’s get to the million-dollar question for this article.

Do Vegan Desserts Have Less Calories?

Nowadays, it’s more important than ever to focus on healthy eating. So again, do vegan desserts have less calories than the desserts you’re used to?

Contrary to popular belief, vegan desserts don’t necessarily have lesser calories. Some healthy raw vegan desserts even include high-calorie ingredients like dates and nuts. In restaurants, some vegan desserts usually include refined sugar and oils too. So there’s really no guarantee that vegan desserts would have less calories than the norm.

Typically, committing to a vegan diet can help you eat lower in calories and lose weight without trying too hard. But that’s not always the case, because it largely depends on which types of food you eat.

So why do vegan desserts not have lesser calories?

The most common vegan desserts that you’ll see still include high-calorie ingredients. That goes for homemade raw vegan desserts and store-bought processed junk. Basically, if decreasing your calories and losing weight is your goal, you need to be aware of this.

For raw vegan desserts, yes the ingredients are infinitely healthier and less processed, but they’re still pretty high in calories. Seeds, nuts, and butters are some of the highest-calorie food because they’re quite high in fat. That same applies for coconut oil, olive oil, and avocado oil.

Dried fruits also pack lots of calories in small spaces because lots of water have been removed from them. Any time you remove fiber or water from a food, you’re taking away calorie-free parts of the food that help make your stomach feel fuller. It triggers caloric density to go up.

Things to Remember About Vegan Desserts

If you’re looking to eat lower-calorie vegan desserts the next time, make sure you remember these things:

And on that note, there are plenty of vegan desserts to test out on the internet.

If you’d like more articles about healthy dieting, then keep exploring through Wellness Fit for some more reading materials.