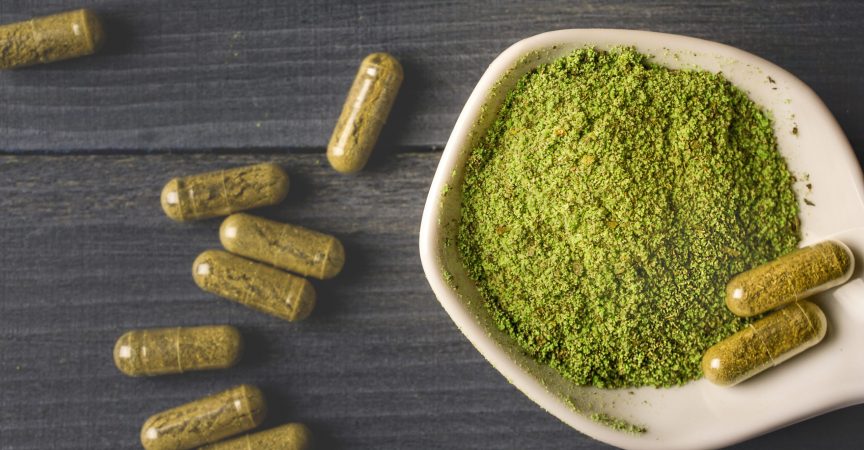 Most individuals who desire to know how long a drug stays in the human body have less to do with chemistry and biology and more to survive a drug test. The only sure method to pass a drug test is to abstain from taking drugs entirely. Furthermore, the only method to obtain answers to your queries is to study.

While kratom has just lately acquired popularity in Western nations, it has a long history in Thailand, Malaysia, and Indonesia. The Mitragyna speciosa tree (the “kratom tree”) grows. Kratom has been utilized for millennia to cure a variety of medical illnesses as well as in socio-religious rituals.

How long kratom remains in a person’s body is determined by various variables, which we will examine one by one.

How Long Does Kratom Stay In Your System

When someone consumes kratom, the effects often occur 10 to 15 minutes afterward. A little kratom dosage may have an impact that lasts around two hours, while larger doses can have an effect that lasts up to eight hours.

A dose of four to five grams produces moderately strong effects that last approximately two hours, whereas seven to eight grams produce lengthier effects. The most remarkable effects of kratom are thought to occur 1.5 to 2.5 hours after use.

When contemplating discontinuing kratom usage, many people question how long kratom remains in the system. Someone addicted to kratom and who wants to discontinue use may be concerned about the withdrawal symptoms and when they occur. Also, if they have a drug test, they may worry about how long kratom will remain in their system, even though kratom does not appear in many conventional drug tests.

Because there hasn’t been much study done on kratom, the half-life isn’t fully known. It has only been thoroughly investigated in animals. However, based on previous studies, it is thought that the primary alkaloid contained in kratom, mitragynine, has a half-life of about 23.24 hours.

According to current studies, the quickest half-life of kratom alkaloids may be a little over two hours, putting complete elimination at about a half-day. However, on the lower end of the half-life range, it may take up to nine days for all kratom to be removed from a person’s system.

Some research suggests that a person who has taken kratom less often or takes smaller dosages would remove the drug more rapidly than someone who has used the substance for a lengthy period or a regular user.

What Influences Kratom In The Body

Like any medication, several variables may influence or determine how long kratom remains in a person’s system. Age, body fat, and genetics are some of the factors that may affect how quickly something dissolves and how long it remains in your system.

The elimination half-life is longer in older people than in younger people. This is applicable with kratom and also the majority of other medicines taken orally. Renal function, age-related physical changes, and the use of other medications are all possible reasons. It’s fair to assume that kratom will stay in your body longer as you become older, particularly if you’re over 65.

Genetic markers and enzymes may also influence the pace at which kratom is eliminated from the user’s body.

Finally, there’s the matter of consuming food and drink. When you combine kratom with a high-fat diet, you may notice faster absorption, which cuts down when it takes the medication to reach its optimum concentration levels. The time it takes for kratom to be removed via urine may be influenced by your degree of hydration.

Many people prefer kratom to other drugs because they believe it will not show up on drug tests. Although most standard tests do not include kratom testing, particular kratom components and compounds may be identified utilizing drug tests such as urine or blood tests.

Although kratom is undetectable in many conventional drug tests, such as a 5-panel drug test, some kratom alkaloids may be detected in urine or blood tests. A Kratom-specific drug test known as a 10-panel is also available. When using a 10-panel drug test may detect the substance for up to 7 days following use. Many variables influence how long it may detect a kratom substance in a person’s system.

Drug tests may be influenced by a person’s age and the number of drugs taken since drug metabolization is slower in older people than in younger people. Because metabolism is the chemical modification of medication by the body, and specific health issues may also slow down someone’s metabolism, it might influence the test being performed.

Kratom remains in the body longer in those with a more significant fat percentage and liver problems. Other medicines taken together affect how quickly they leave your system.

Kratom is often used to assist individuals in weaning themselves off of narcotics. It’s also utilized just for recreational purposes. Unfortunately, little is known about the long-term consequences of taking this medication owing to a lack of study. However, it is easy to misuse it due to its implications in minor and high amounts.