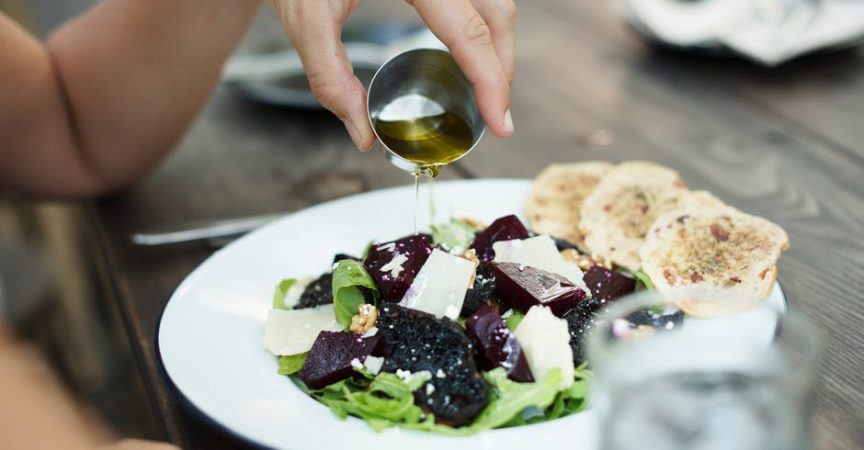 Every one of us wants to be healthy. Some even go to the lengths of maintaining a healthy living from their physical activities to their food intake. From choosing the healthiest mode of exercise to the healthiest ingredients for their diet, all are well-planned.

Many people opt to go “all natural” in order to get health benefits from Mother Nature. However, what if you found out that those “healthy naturals” aren’t healthy in the end, would you still eat it?
Here are a few “naturals” that are usually in your “healthy” products and are sometimes consumed to be healthy.

“Natural” Ingredients You Should Avoid

Coconut oil has its fair share of good and bad cholesterol. Despite being “natural”, coconut oil isn’t deemed to be a healthy food. Normal, yes. Healthy, not so much. It is not considered permanently off-limits but coconut oil should be consumed/used in small amounts, especially to people who are already struggling with high cholesterol levels.

Tea tree oil is derived from the leaves of the tea tree. It is applied to the skin for infections such as acne, fungus, lice, scabies and other skin conditions. Tea tree oil is also used as an antiseptic for cuts, abrasions, and burns.

Due to the perception that tea tree oil is “natural” along with the word “tea” to its name, it is automatically linked as “safe” and “healthy” by people. But tea tree oil is considered to be poisonous when used in the wrong way, especially when swallowed.

Furthermore, even though tea tree oil is safe to use when applied topically on the skin, some people can have allergic reactions towards it. Moreover, tea tree oil along with lavender oil use is not recommended for young boys who have not yet reached puberty since it disrupts hormonal growth among boys.

3. Vegetable Oil Not Recommended For Consuming Or Using

Again, it’s all in the name. Doesn’t mean that vegetable oil calls itself a vegetable means that it is already healthy and nutritious. However, the sad truth about vegetable oil is that it’s made from genetically engineered plants and is chemically processed in order to ensure that clear and “golden” appearance.

Unlike oils made from real plants like olive oil and virgin coconut oil, vegetable oil contributes to a lot of health risks like inflammation, excessive trans fat and dramatically raise your chances of having cardiovascular disease.

Overall, if you are opting to have some “healthy oils”, you’d rather have some coconut oil than vegetable oil. Natural products differ from naturally processed products. You can check out the difference of what is “food” and what is “product” in this article.

If you are trying to lose weight then you probably have to ditch your desserts and sweets. However, that sweet tooth of yours is difficult to sate. Due to that, you probably know about bran muffins.

Bran muffins look and sound like a healthier option from your regular Ben and Jerry’s ice cream. However, most bran muffins sold at delis and coffee shops are generally made with healthy ingredients. So where did they go wrong, you might wonder?

If you are on a diet, you might want to count the calories that you take in in a day. Bran and simple bran muffins alone can be really healthy but additional ingredients like sugar, salt, loads of butter, jam and dried fruit can make a huge difference. Take note that fresh fruits are different from dried fruits–where nutrients are reduced.

If there are good cholesterol and bad cholesterol for health watching, there is also good fat and bad fat for weight watching. The tantalizing word of “reduced-fat” in peanut butter creates an illusion that the product also promotes weight loss faster.

News flash, that isn’t the case. Low-fat peanut butter is neither healthy nor weight loss inducing. Fat from nuts is actually good for you which lowers your risk of dying by 20%. Both regular and reduced-fat peanut butter may have the same amount of calories but the reduced-fat one makes up for the stripped off natural fats.

How do they make up for the loss? In order to avoid keeping the peanut butter bland and flavorless, reduced-fat peanut butter is filled with tons of sugar and excess salt. The two elements that slow weight loss and add more bad fat to the body.

6. Veggie Burgers A Not-So-Good Alternative After All

Sometimes, people wanted to live their life healthy to the extremes. So extreme that some even converted themselves to giving up meat and become a vegetarian. But the lure of delicious food that only meat can offer can only tease them for so long.

From there, the veggie burger was introduced. But hold the celebration for having an alternative for burger meat. Some veggie burgers are made with processed vegetables which have low nutritional content and some don’t even have vegetables at all.

Most processed, frozen versions of the veggie patty are filled with fillers—most are made from questionable ingredients—than real vegetables. Other than that, artificial flavorings are sometimes added, Monosodium Glutamate(MSG) and colorings.

Opt to naturally processed oils such as olive oil and avocado oil. Coconut oil can be used but in a controlled amount due to its high saturated fat content. It’s better than using vegetable oil. Choose cold-pressed and/or expeller-pressed oils as much as possible and oils with balanced omega-3 and omega-6 fatty acids.

And never ever ingest tea tree oil. It is exclusively used for external use only and scientific evidence are still inefficient whether or not it is effective in curing bad breath.

For the “healthy” foods

Still having doubts if your bran muffin contains some mystery meat and wondering if your veggie patty is really vegetables? Both bran muffins and veggie burger patties can be made at home to ensure that the ingredients are healthy and real.

For the peanut butter, stick to the old, regular, full of healthy fats peanut butter. Don’t believe the less is more saying in this case.

The word “natural” isn’t a hundred percent guarantee that it is healthy and safe. Remember, companies and markets are willing to exaggerate the whole lot in order to make a profit. Don’t just believe in what they always say that their product is “natural” and “healthy”.

Real healthy and safe foods don’t need promotions and written lists of their nutritional values. Real healthy foods don’t have a list of ingredients and don’t promote themselves to be healthy. That’s because they already are the ingredient and they really are healthy